Liz Ruth discussed her day job flying a 747 for NASA at the Armstrong Flight Research Center where she flies the Stratospheric Observatory for Infrared Astronomy SOPHIA. Liz started flying as an Air Force pilot and later spent 16 years at the controls for United Air Lines. She has flown most of the 700 series Boeings, but this is her first job at the controls of a 747SP. She has also flown for the United States Air Force, flying the Boeing T-43 and Northrop T-38 Talon.

We had a good turnout for her presentation and had some new people show up to hear her. There is a ton of info online about SOFIA and you can even track their flights. They fly out of Palmdale for four days in a row, starting at sundown and for about 10 hours. In the summer, when the nights get shorter, they fly out of New Zealand. Track them on FlightAware with their tail number N747NA. Here are some links to get you started. 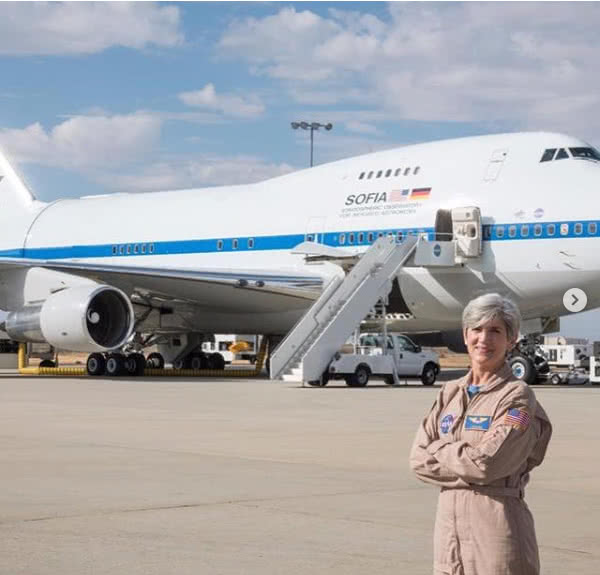 Orion data from the HAWC+ instrument on the airborne SOFIA observatory. 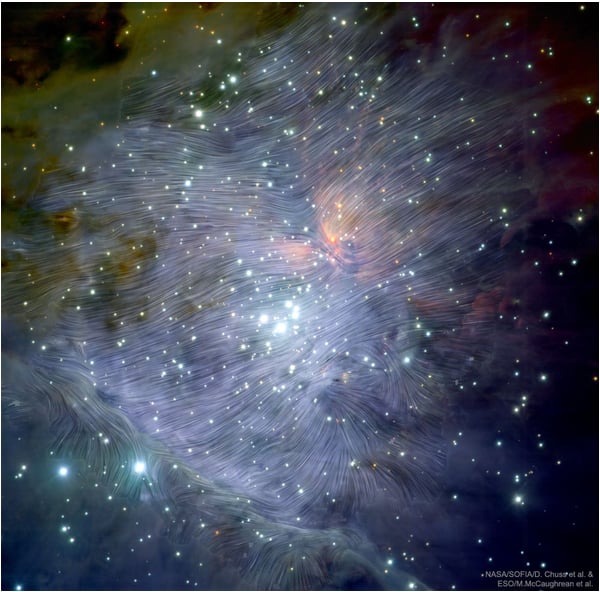 HAWC+ observations of the M82, the Cigar galaxy. 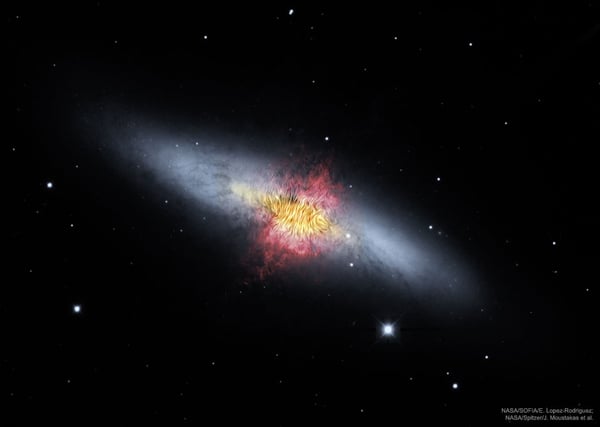